Whether you drafted the worst team ever, or had a great draft that was affected by byes and injuries, you’ll want to hit the Waiver Wire. Here you can improve your (15-man) roster as often as possible without concern over the Transaction Fees that other leagues charge. When a player is dropped, or goes undrafted, he’s placed in the Waiver Pool, aka “On Waivers”. After two days on Waivers, he’ll be released from that holding status and will become a Free Agent, ie: he will be available for acquisition. If you see someone that’s on Waivers that you’d like to pick up, it’s important to submit your interest in picking him up, while adding whom you wish to drop to that submission, in case you acquire that player before another owner does.

To Add a player from your team page:

Do a Player Search through the FREE AGENT listing from this sample screen capture from last season.

You can look at the Top Three in all categories…

… and you can take a look at all players of a specific skill position. Here’s a sample view of the list of available quarterbacks, what they’ve done to date, when their bye week is, and what the Guru (a so-called NFL expert) thinks of them ratings-wise. 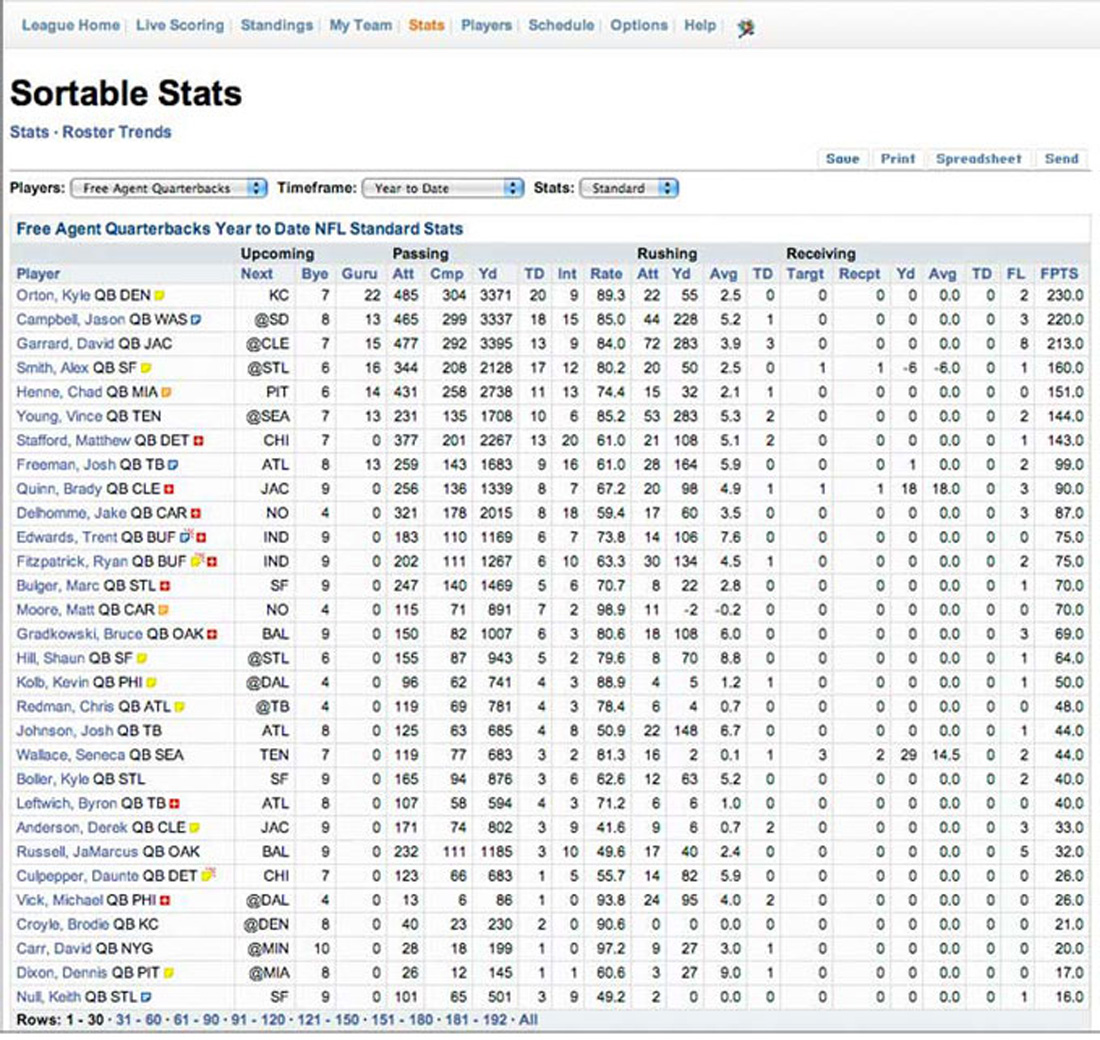 Once you find a player that you’re interested in, you can take a more detailed look at him before trying to pick him up.

You will either have immediate access to your added player or you will have to wait for that player to clear waivers (which takes two days) before he’s free to be added to a team. NOTE: If someone else in the league is positioned to pick before you can and they see and apply to pick-up the player that you want once he clears waivers, then you will not get that player! So it’s best to hedge your bet and put in for at least two players of the same skill set. That way you’ll definitely fill the void in that skill-set.

To Drop a player from your team’s roster:

Once you select a player – that is NOT Undroppable – and select the DROP THIS PLAYER button, this request will take place immediately.
NOTE: I recommend not dropping a player without getting something for him. Here’s why. If you’re pissed at a player who turned out to be flat-out worthless, your first opportunity to drop him is on Tuesday morning, following the last game of the previous week. So let’s say that you drop him and I’m playing you this week. I see that you’ve dropped that worthless WR, which leads me to believe that you’re looking to target another WR to boost your receiving corps. well I might not have realized that you’re hurting at WR until I see that you just dumped one. And if I also happen to have a shot at a Free Agent from the Waiver Wire before you, I just might look for the best WR available and put in for him before 11:59pm on Tuesday night… and crush your hopes when you look to see what WR you picked up, if anyone, the night before. So it’s best to put in to drop that player when you pick up a player. That way you’re not showing your hand.

– Questions? Please contact me. But the Waivers info below may help you to sort things out.

Players who are dropped from a team are placed on Waivers, where all teams have the opportunity to place a claim for the player. Waivers is a set, two-day time period that a player is frozen prior to, “Clearing Waivers”… ie: being available to add to a team. This helps to ensure that all teams in your league have a fair chance to notice that said player is available and to provide them with an attempt to add that player.

After our fantasy draft, all undrafted players are immediately placed on Waivers and all teams can make waiver claims. Players are added to team rosters based on these Waiver claims in the order specified by the current Waiver Priority. Waiver Priority is determined at first by the inverse order of the Draft. for example, if you had the first pick in the draft, your waiver priority would be the last position. Once your team is successful in its Waiver claim, you will drop to the bottom of the Waiver Priority list.

Prior to 2016, the Waiver Priority list always reset every Tuesday based on the inverse order of the standings. for example, if you are in first place, your waiver priority would be the last position. Once again, if your team is successful in its waiver claim, you will drop to the bottom of the waiver priority list. However, a majority vote overturned that process; one that allowed bad teams to get better. Now if you don’t exercise a Waiver selection in say Week 4, but everyone else does, you will be among the first of the owners to have a shot at a player off the Wire in Week 5.

When a player is placed on Waivers and more than one owner attempts to claim that player, the team with the higher Waiver Priority is awarded the player. As noted above, each time a successful waiver claim is completed, the team awarded that player is moved to the end of the Waiver Priority list for their next transaction. You can view the results of your Waiver claims by selecting the Waiver Report from within the navigation on your My Team page.

If there are no claims on a player during the waiver period, the player becomes a free agent (i.e. can be picked up at ANY time) after that initial weekly Waiver claim period that takes place every Wednesday morning.

NOTE: If you drop a player, which places him on Waivers, you are unable to add that player to your roster again until after the Waiver period has expired.

in order to establish a competitive and balanced NFL.com Fantasy experience, the experts at NFL.com maintain a regularly updated list of players who cannot be dropped from your roster once they have been acquired. Players on this list are still eligible to be benched or traded, but not dropped or put on Waivers. This feature promotes a fair game for all fantasy users by preventing actions that could compromise the integrity of the game.

While there is a number of things that can be relayed to you on conducting trades, the bottom line is this, if you need to do it, make the offer to another owner, then stand by for a Checks & Balances-based, Owners’ Vote. The commissioner may also have to weigh-in on this, but seriously, with there only being (12) of us in this, there typically will be one or more players available for pick-up via the Free Agent Pool.
That said though, if you want to know more about TRADES, click [ here ].

For NFL-Managed Leagues, the deadline to complete all trades is Friday, November 18, 2016. All other transactions (add/drop, free agency and waivers) are still available to each team throughout the duration of the season. 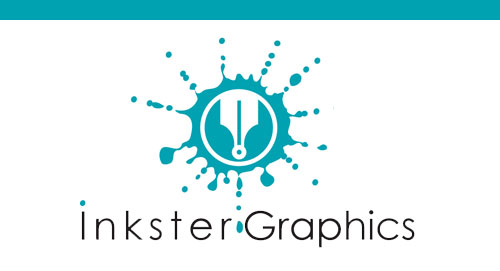